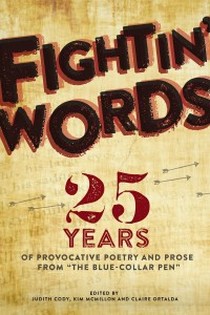 Energy crackles through Heyday Press/PEN Oakland’s new collection of poetry and prose, in which 125 works distill radical politics and the need for social justice into passionate literature. Pieces span the spectrum of human emotion: from rage, as in Floyd Salas’s declamation against torture, to grief in CB Follett’s “Words to the Mother Whose Son Shot My Son,” to joy and contentment in the work of California poet laureate Juan Felipe Herrera. They range in subject from Kitty Kelley’s exposé of the revenge tactics of George H. W. Bush to Paul Krassner’s account of the night Ken Kesey invited him to a Grateful Dead concert at the pyramids of Giza and Margo Perin's Entropy on teaching incarcerated writers in San Francisco County Jail. Featuring works by luminaries such as Rebecca Solnit and MacArthur Fellow Ishmael Reed as well as writers you will be glad to meet for the first time, Fightin’ Words bears witness to a vibrant American literary tradition well outside mainstream consciousness.

​“A tide of swelling voices that dare to speak up against the con­fines of official narratives and connect with the growing silenced masses.”—Genny Lim, author of Paper Gods and Rebels 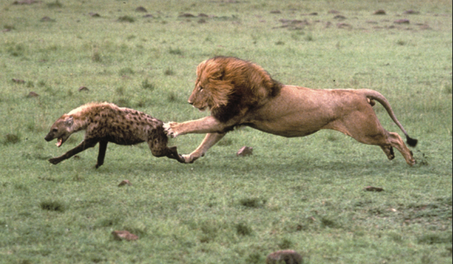 When a Lion is Chasing You (working title) is Margo's latest work, a book-in-progress of poetry that interweaves the unheard voices of women and men whose stories disappear in society's shadows. Why Are the Lilacs Still Here When Everyone Is Gone?, ﻿Best Buy﻿, I See You, Delivery, They Say and Physics are excerpts of this collection.

​                 A writing class of grandmothers, Jewish Community Center
Winter wind rattling windows
Julia, pen in hand, hungry to tell her story . . .
​
Spider, Accessories for the Apocalypse, Untitled and Morning News are excerpts of another poetry collection-in-progress. 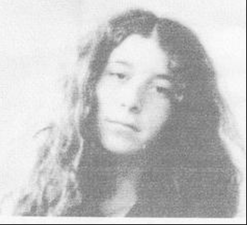 The Body Geographic is a collection of essays and poetry in progress, loosely linked together as a sequel to Margo's autobiographical novel, The Opposite of Hollywood and includes The Body Geographic, Mapmaker, How to Deal with Aggression - or Not, I Hate Poetry, Why Can't We All Get Along, Broken and Wishes.

It was 1974, January and freezing. Gusts of cold wind encircled my neck as I waited for the tube
​at Kings Cross. A train drew up to the platform, heading north toward home as I absently stroked my collarbone. My fingers stumbled over a bump, went back and stumbled again. I'd never been sick, not even as a child; I was the only one of seven kids not to get chicken pox, measles or mumps. Alarmed, my fingers rush to the other side to see if the same round ball lay on the other side. I was just about to turn nineteen and still getting used to the shape of my body . . .